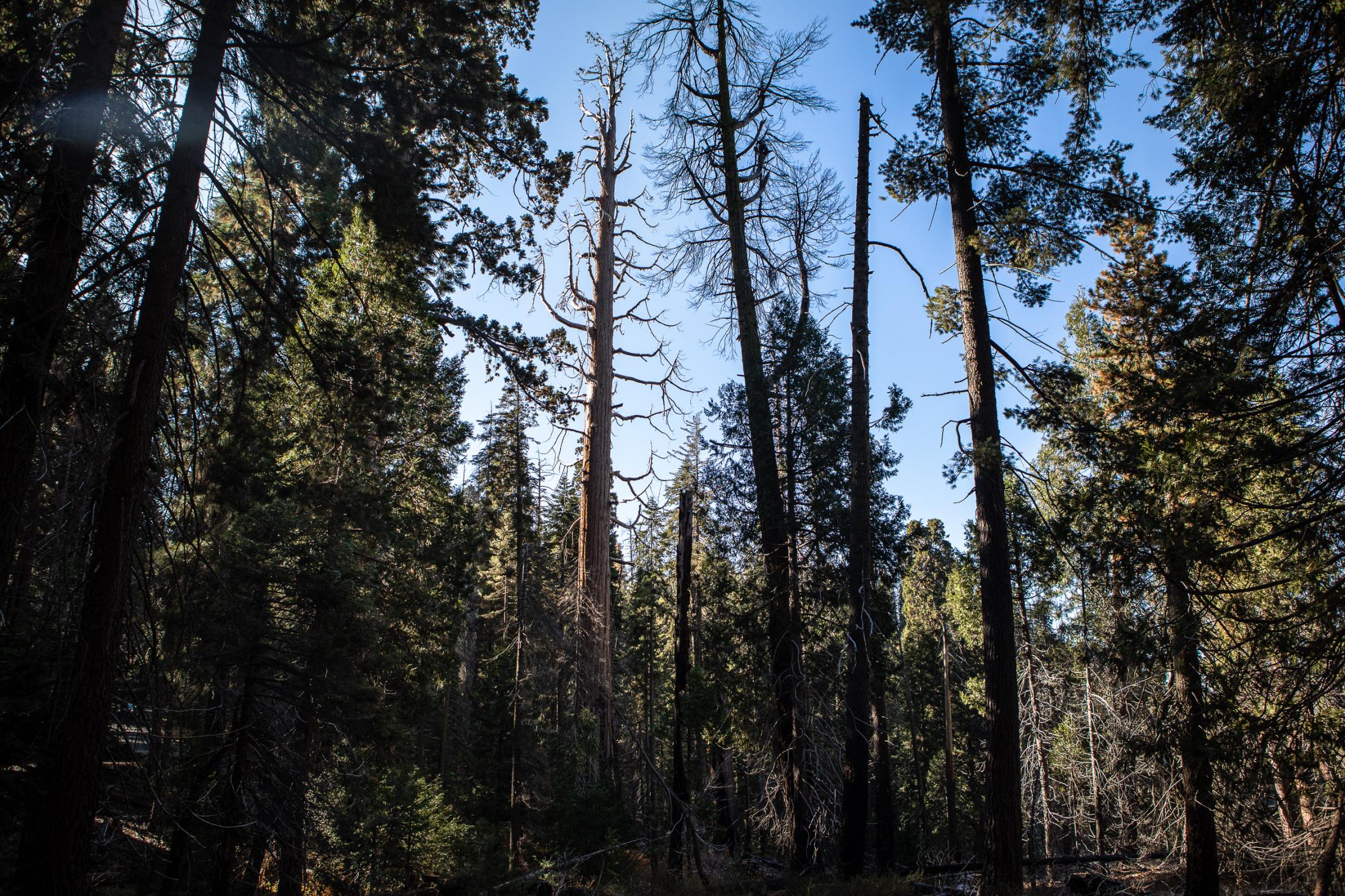 Lazarus, A giant Sequoia still standing but dead, had survived for thousand of years but has recently succumbed to the affects fo climate change. 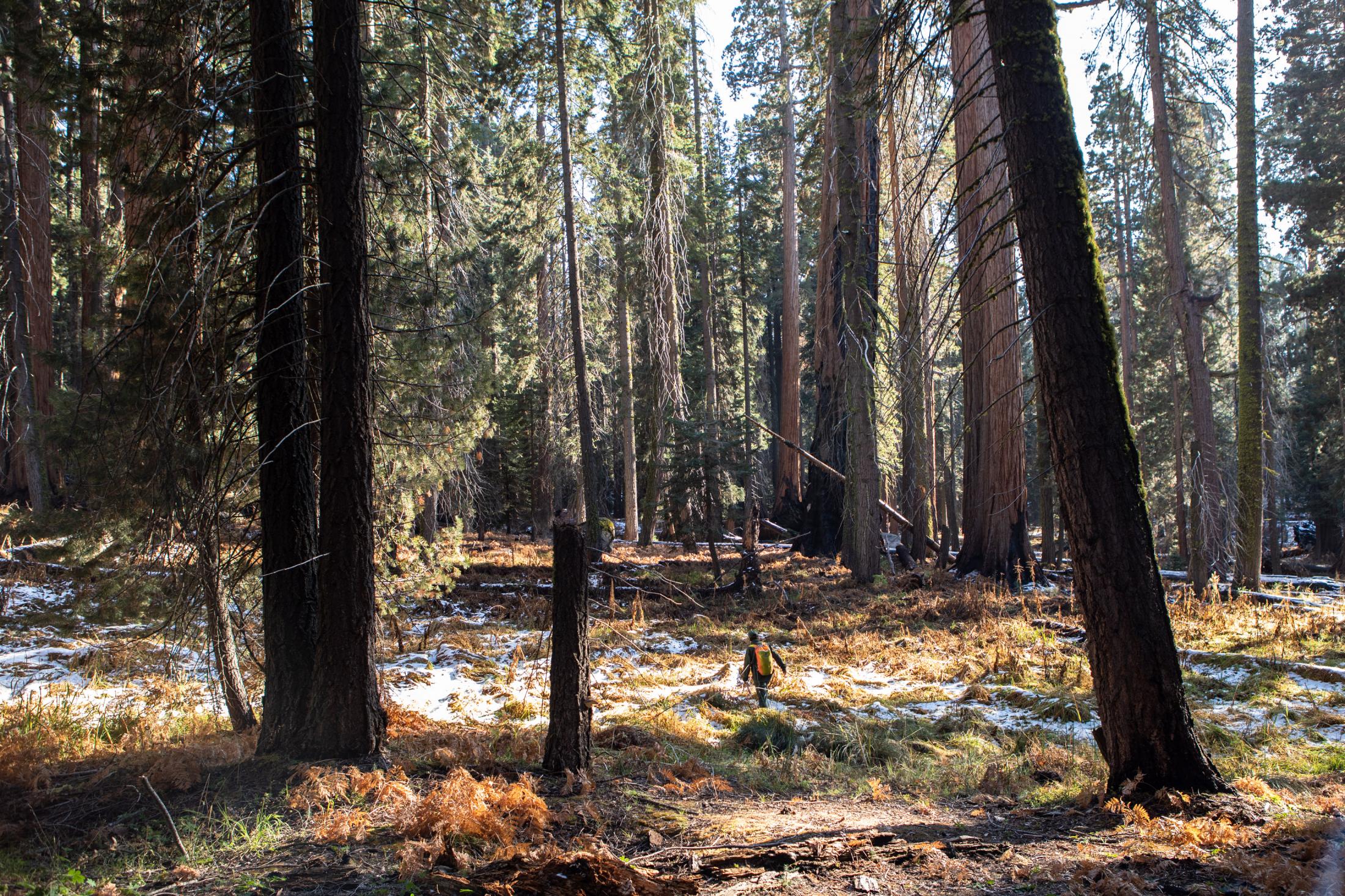 Christy Bingham is locating a group of dead Sequoias that she will be seeing for the first time. 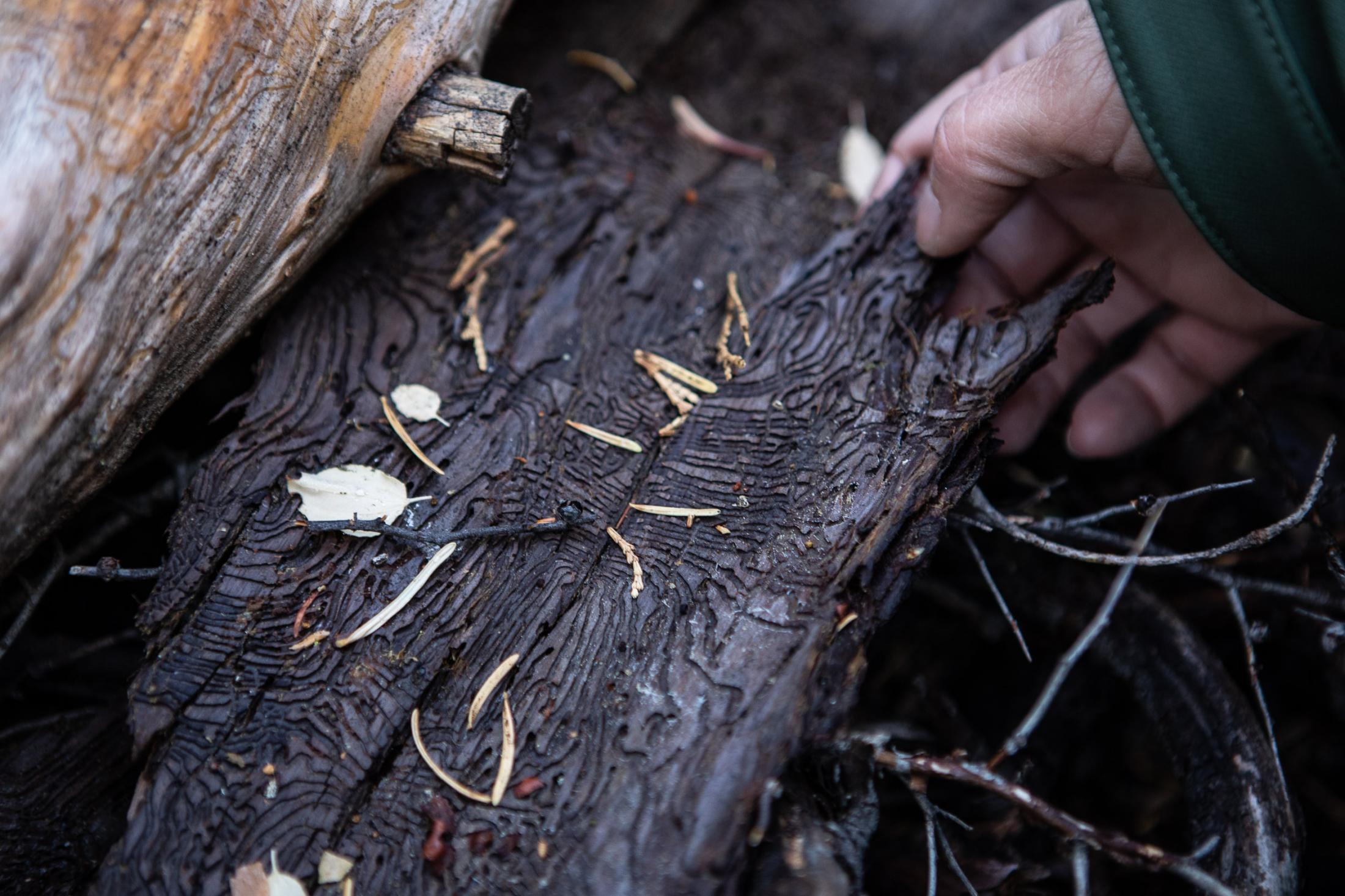 A "Bark Beetle gallery" is visible on a piece of bark from a dead and fallen Sequoia tree.
These pieces of bark found on the ground with bark beetle galleries indicated to scientists that something was wrong with the nearby Sequoia. 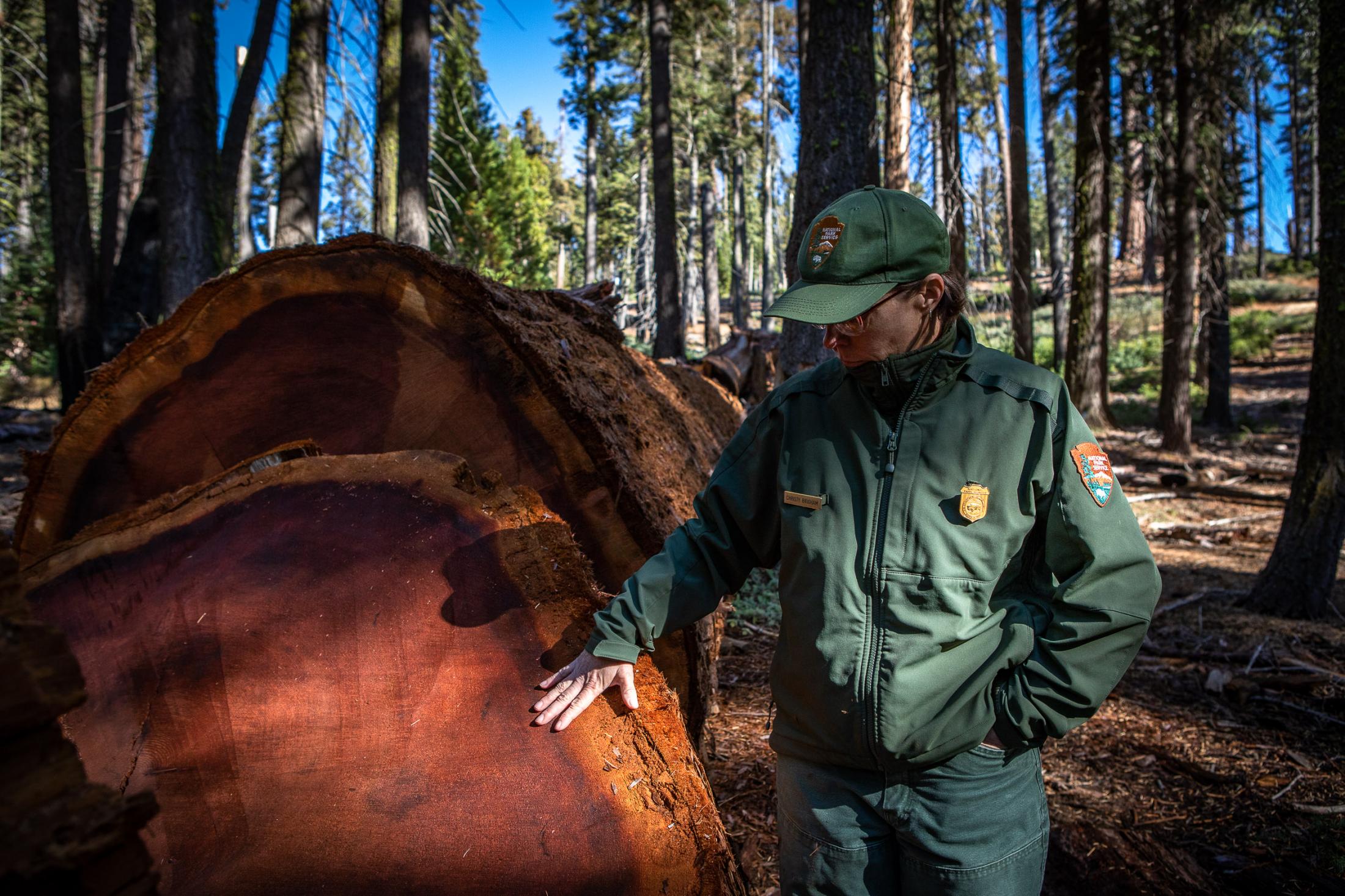 Christy Bingham touches a fallen Matriarch Sequoia looking at the tightly knit rings that indicate the thousands of years this tree has lived. 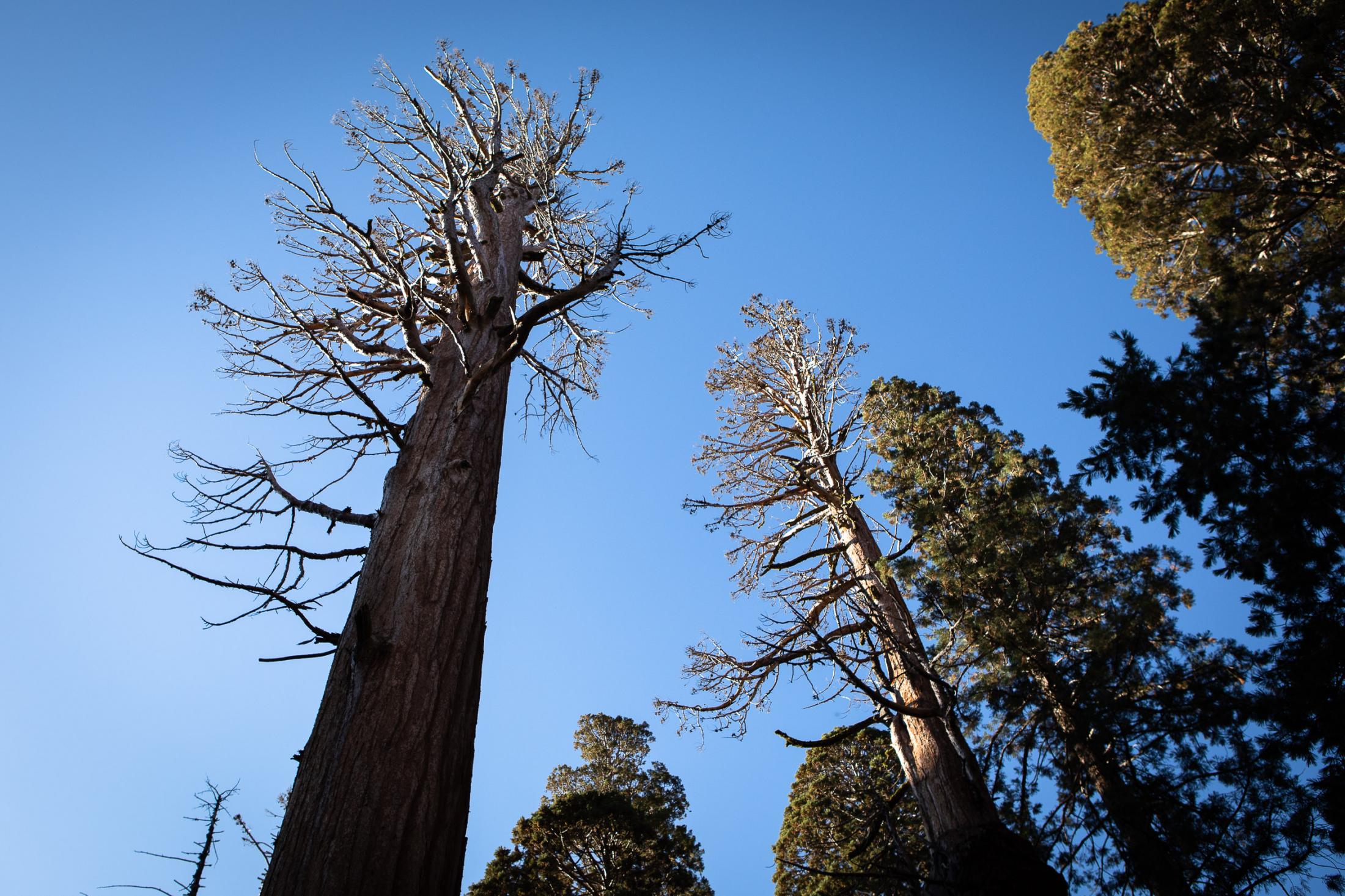 Lazarus,  a monarch Sequoia  is one of the first Sequoias discovered to have died from bark beetle infestation-  much to the surprise to  scientist. 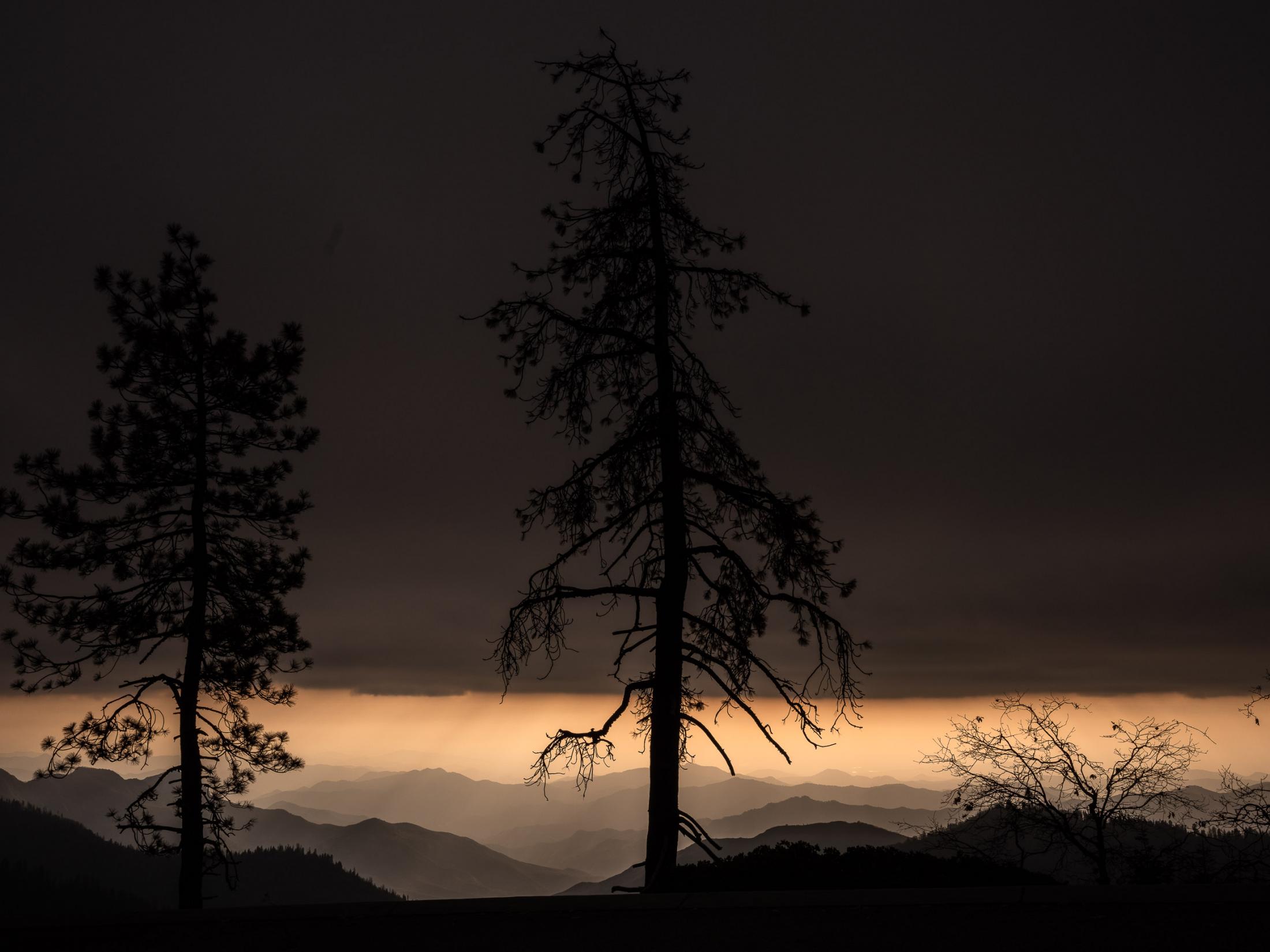 A dead tree as the sun sets in Sequoia National Park, CA. 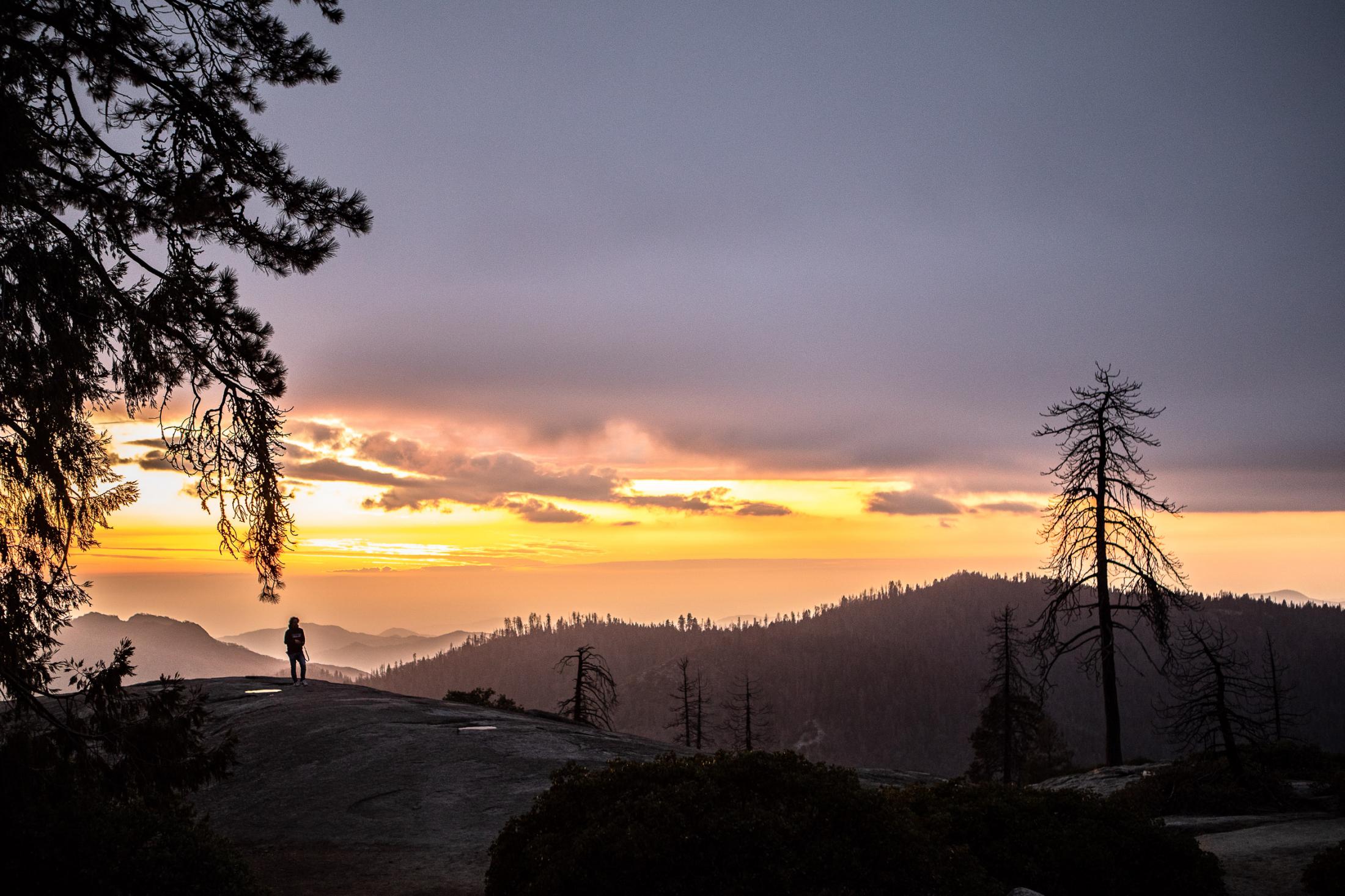 A tourist enjoys the sunset with views over Sequoia National Park and the Sierra foothills below. 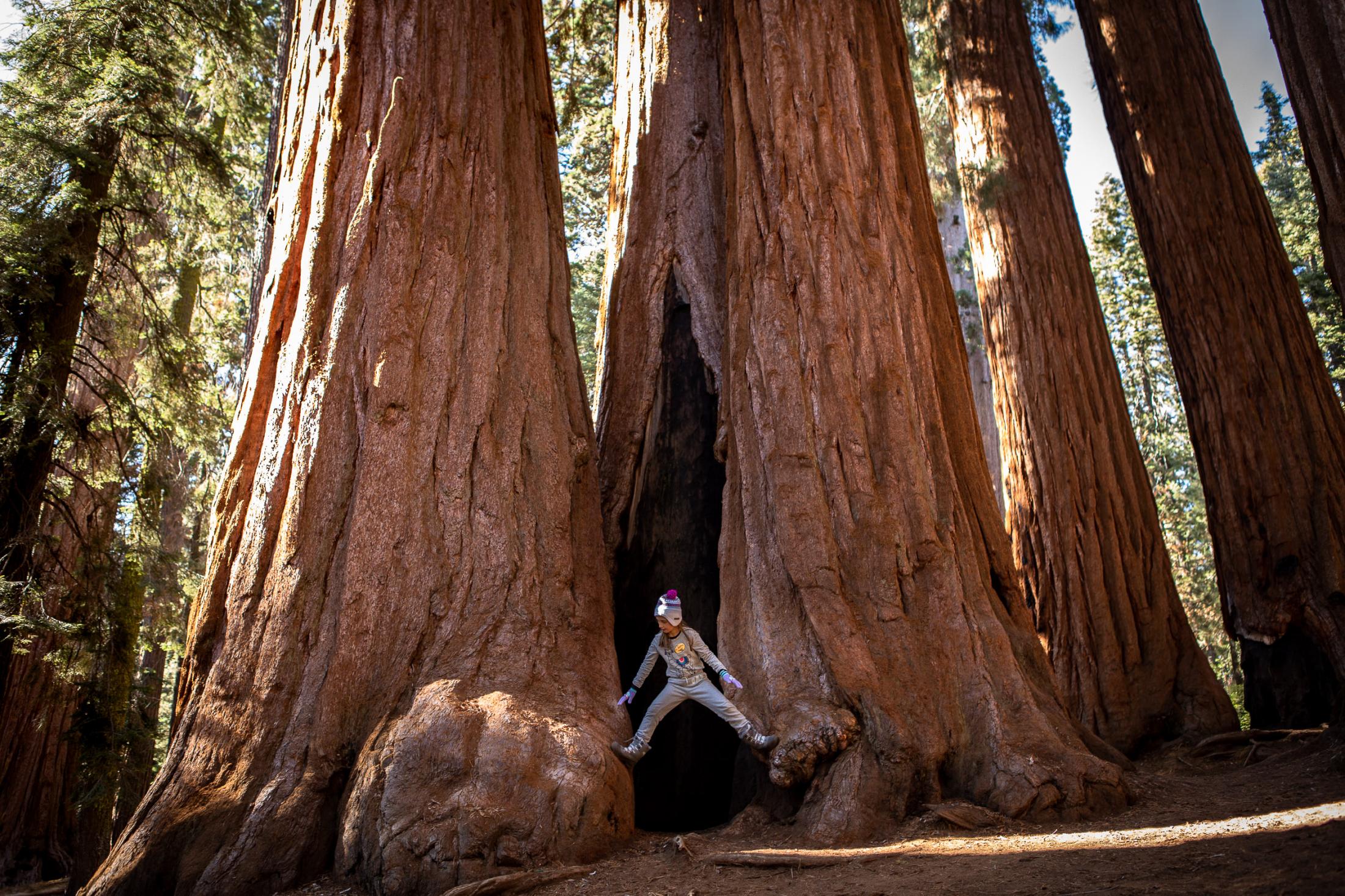 A girl plays in the gap between a tree that has split. This is normal as Sequoias age. 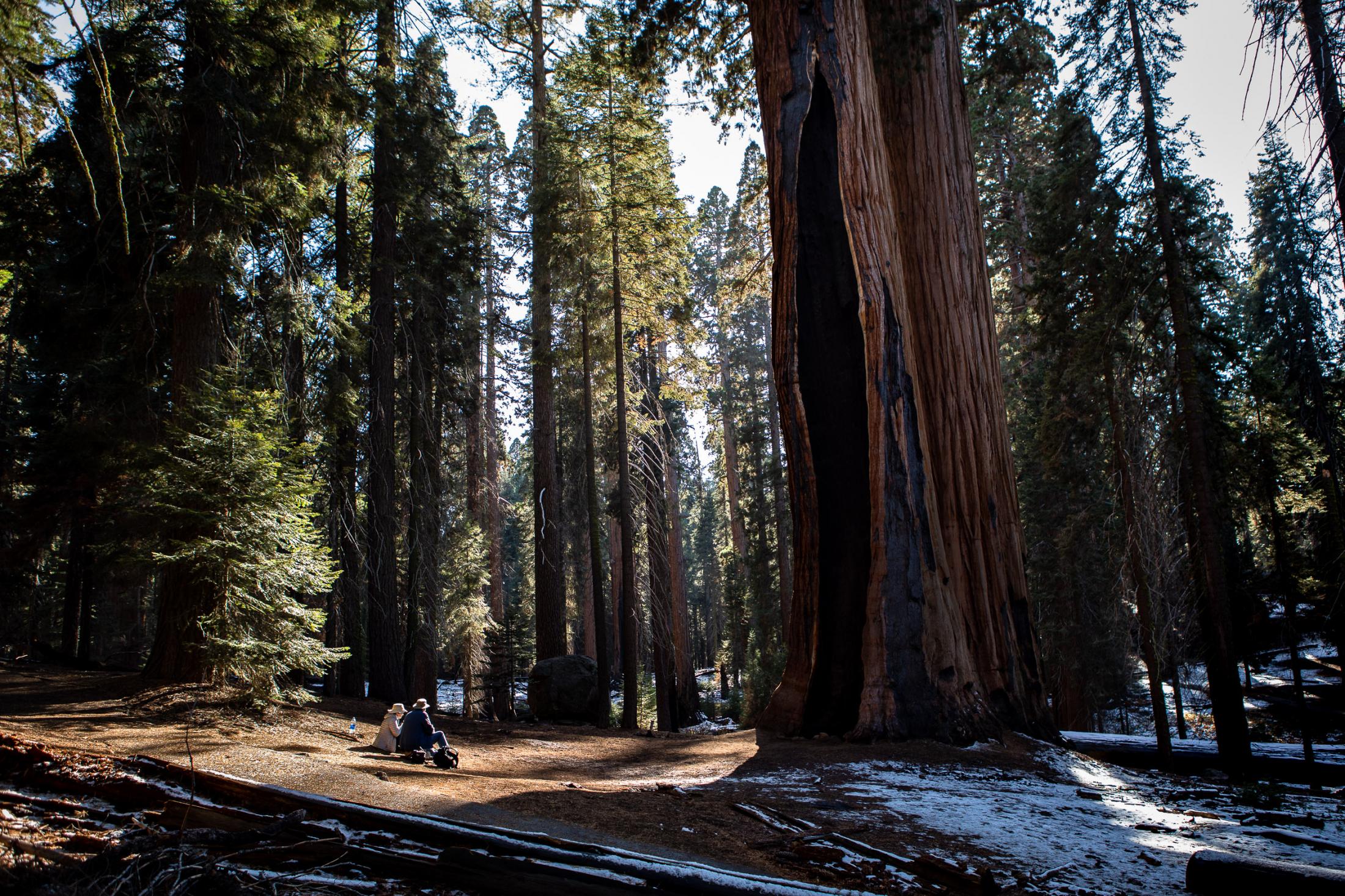 A couple enjoy a moment in front of a giant Sequoia, where a large fire scare is visible from past wildfire. 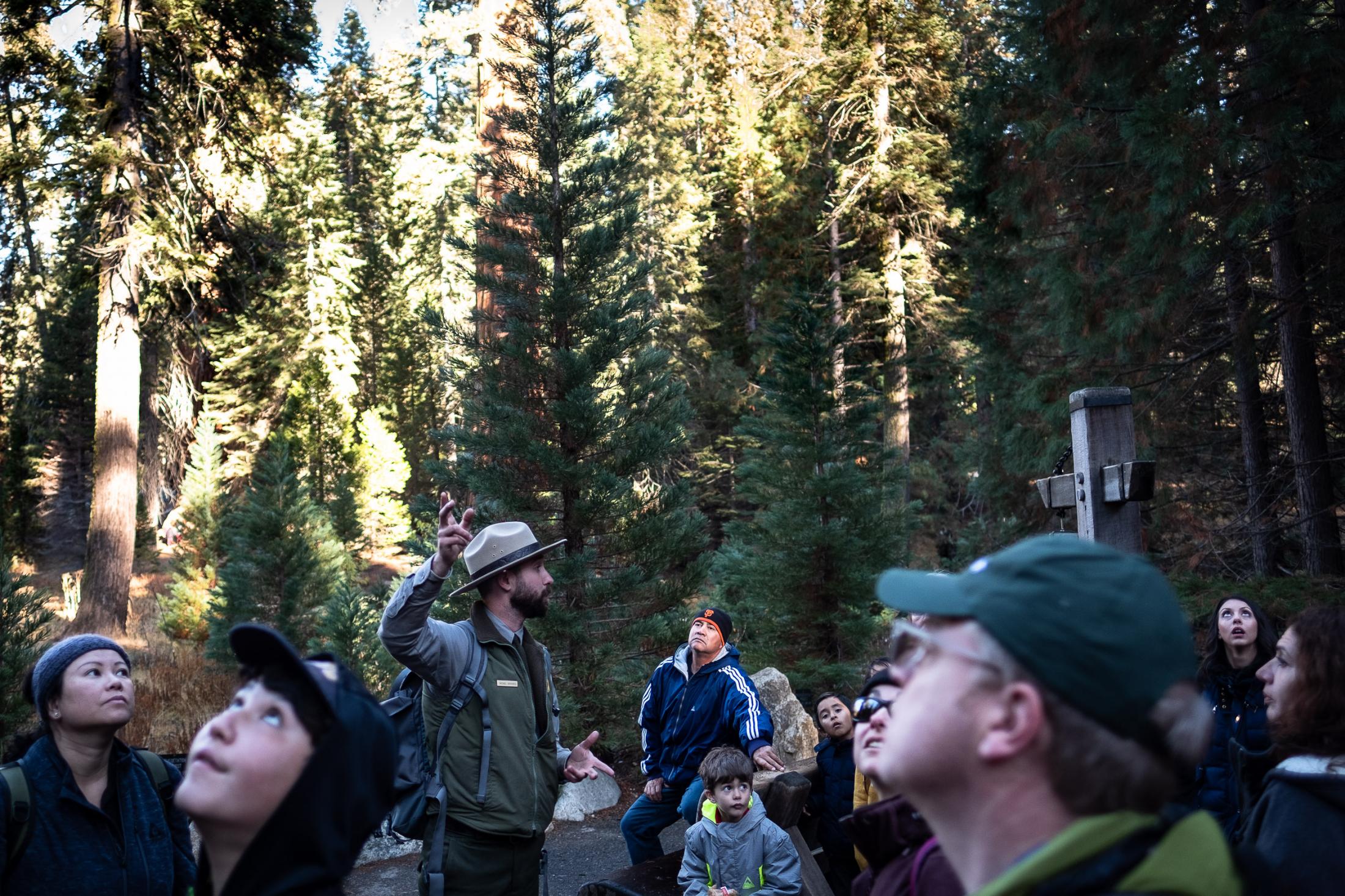 A Sequoia National Park ranger is talking to a tour group who are looking up into the canopy of Sequoias.

In 2015, the US Forest Service was forced to close the famed Trail of 100 Giants in Sequoia National Forest amid concerns that dead trees along the trail were at risk of falling on hikers, at the time Sequoias where considered safe. 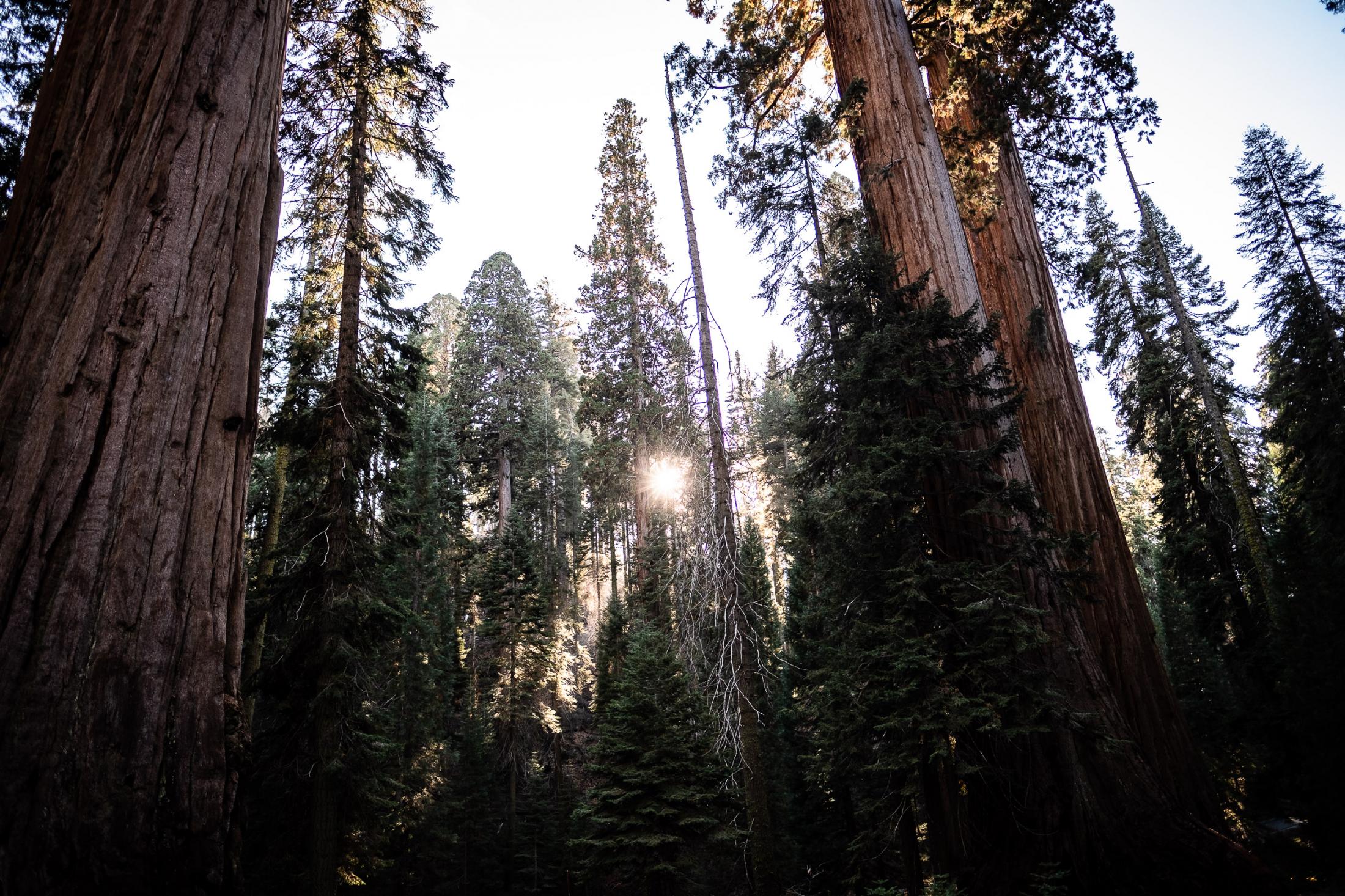 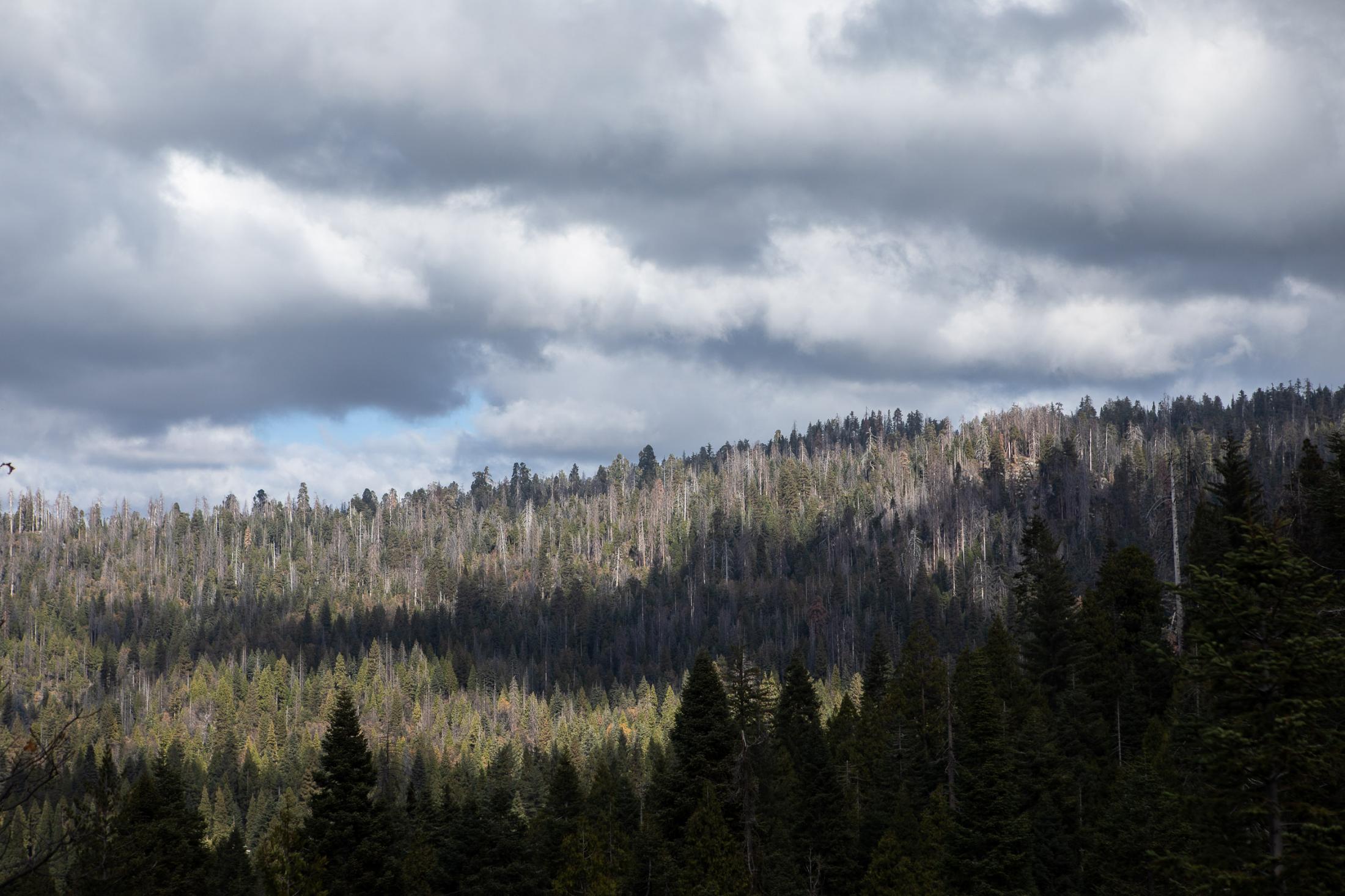 The Giant Forest, situated within Sequoia national park, is a mix of white fir, incense cedar, sugar pine, ponderosa pine and giant sequoia trees. The grey trees here are dead; in areas of the national park tree mortality of some species is 70% 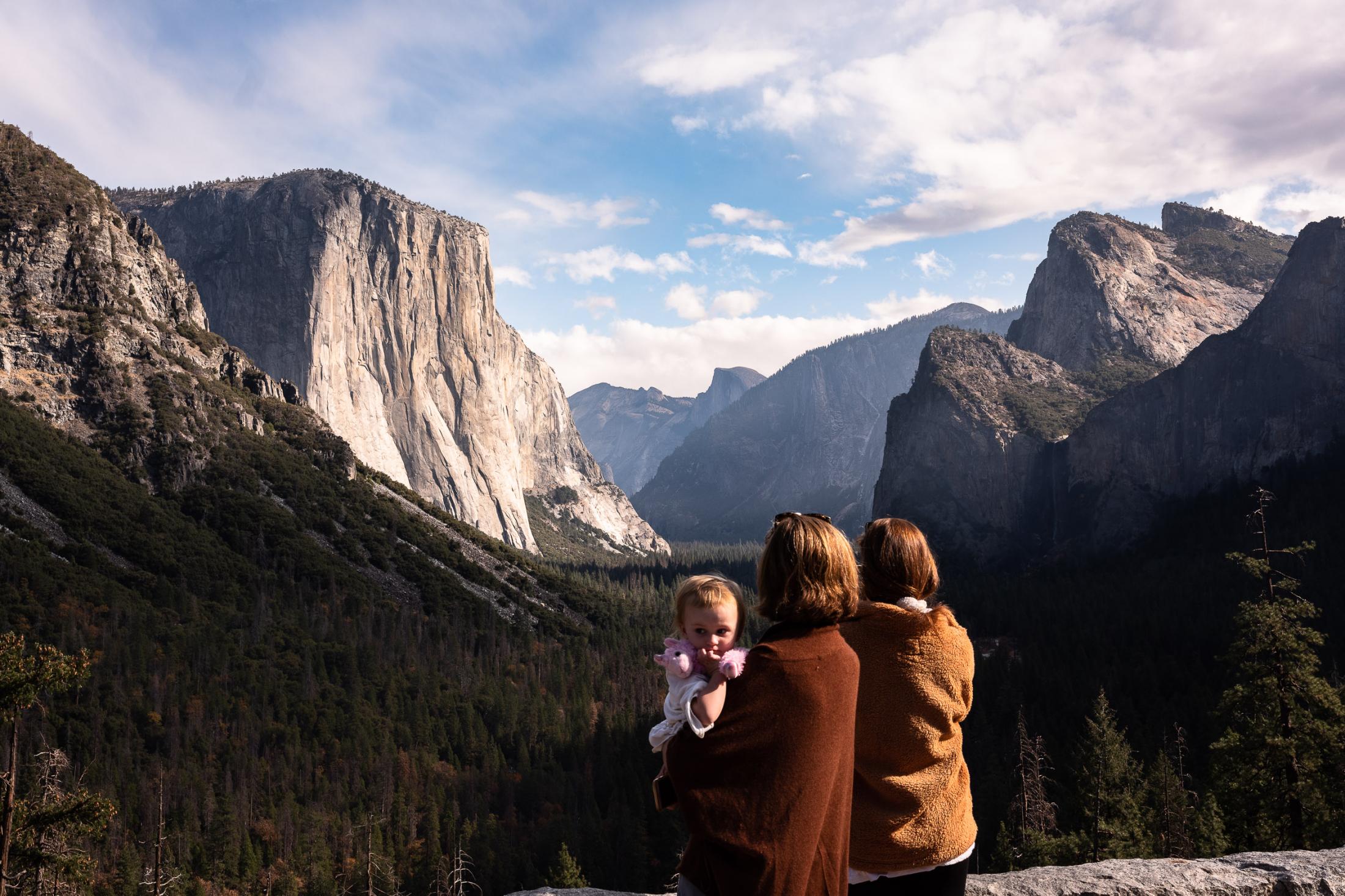 Three generations enjot the stunning lookout as you enter Yosmite valley. Much like Sequioa, Yosmite has been suffering from tree mortality and large wildfires. 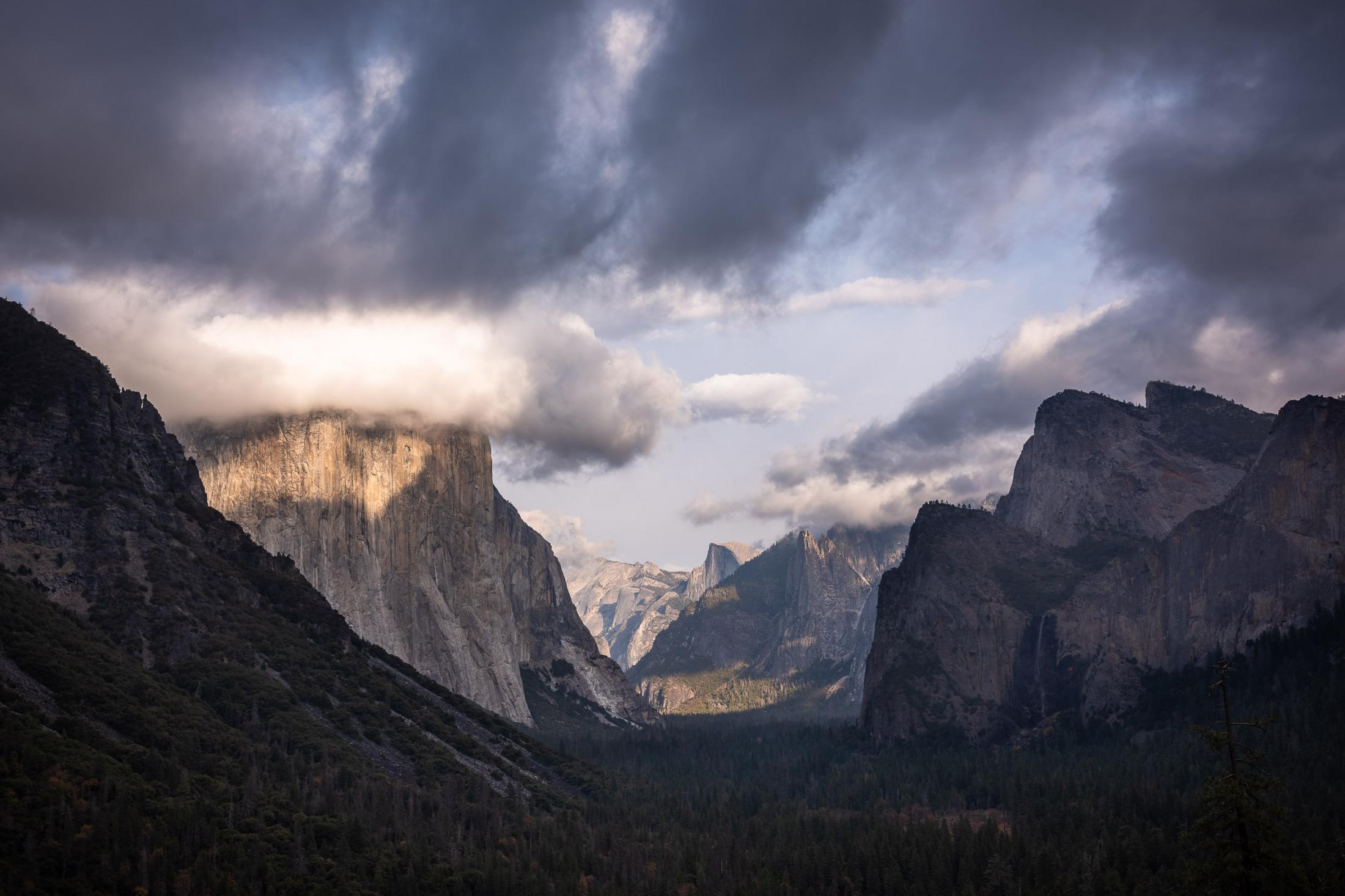 View over the Yosemite Valley as one of the first winter storms approaches, bringing much-needed moisture
Giant sequoia trees, the largest living organisms on the planet – some more than three millennia old – have started dying from beetle attacks linked to the climate emergency, the preliminary findings of a new study have revealed.
The deaths of the trees, some of which lived through the rise and fall of hundreds of empires, caliphates and kingdoms – not to mention the inauguration of every US president – have shocked researchers in their speed and novelty.

In Sequoia and Kings Canyon national parks in the Sierra Nevada, California, 28 giant sequoias have died from a seemingly deadly interaction between bark beetles, drought and fire damage since 2014, according to a joint National Park Service and US Geological Survey study that will be published later this year.

Giant sequoia trees, the largest living organisms on the planet – some more than three millennia old – have started dying from beetle attacks linked to the climate emergency, the preliminary findings of a new study have revealed. The deaths of t...

Mette Lampcov is a freelance documentary photographer from Denmark, and is currently based in the greater Los Angeles area.